I know what you’re thinking. The word “chastity” is there, and you immediately think this is a story of someone in celibate. That’s where you’re gravely mistaken!. This story is of a wife and her husband who turned their sex lives upside down and never looked back.

Read about my and my husband’s experience with an open mind and let it change your opinion on chastity devices for good.

Back to Where It All Began

Before I tell you all about how this incredible chastity belt changed our lives, let’s go back to the beginning. Male chastity isn’t something a lot of men go for. Why? Well, they have the wrong idea about it. The same was the case with my husband and I… At least until we did some research.

So how did we decide to liven things up a bit? Chastity. What? Oh, I know what you’re thinking. Bringing chastity into the bedroom — how does that make any sense? But trust me when I say that this whole story will tie together in the end.

What chastity implies is that my husband isn’t allowed to orgasm or have penetrative sex. Not without my permission, at least. It’s a sort of power exchange, you see. And my husband has always been submissive.

How did that help elevate our sex life? Well, he became way more attentive and diligent while pleasing me. But it’s not all about me. Both of us find a lot of pleasure in my teasing him and pushing him over the edge. It’s something I have done before, but not to this extent; it would always result in sex… But not this time.

Before finding the slim-fit chastity belt (our Holy Grail), there had been many failed male chastity devices. Many cock cages, steel chastity belts, etc.

It took us a long time to find something that was the right fit. Never in my life have I thought it was going to be so hard to find a suitable piece of metal underwear. Just think of it that way.

I wanted my spouse to have only the best we could find. So, like in a story, we searched far and wide. Many chastity cages, and other devices, in general, simply didn’t give him what he wanted. There wasn’t enough restriction.

The belt sits comfortably around my husband’s waist. However, you can also pull it up to your hips if you so desire. When I asked you to imagine a thong, it’s because the belt looks like one. It has black silicone wraps around the steel cables for some extra comfort. You might not think that makes a lot of difference, but it does.

The front part comes with a little lock and key and the tube is adjustable, but it does need to be made specifically for your penis size. You can comfortably wear it for prolonged periods, and at first, it will feel like you have a wedgie. My spouse got accustomed to it quite easily, though.

We didn’t want to be strict with the wearing “rules” as we’re still exploring. This belt is easy to take off and keep clean too.

When I say I’ve never seen my hubby so happy and comfortable, I mean that. This toy is something new to him, but he’s enjoying it more than he initially thought. He loves it so much that he suggests I let him practice wearing it for longer. That’s the kind of enthusiasm he hasn’t expressed in a while!

Most importantly, he finds the toy extremely comfortable. There’s, of course, the element of restrictiveness he was looking for. Also, he has absolutely no issues sleeping with it at night. He says there’s no discomfort or pain that would wake him up.

The PA pin helps to lock the belt in place, but still — it doesn’t need to be on tightly for it to feel secure. He can fix and adjust it slightly himself, so we’ve had no issues with the belt so far. And we’re only getting started!

Why You Absolutely Need This

If you’ve heard many chastity belt stories, trust that this isn’t one of them. Never have I ever thought that I would be encouraging someone to buy something like this. And yet, here I am. I wouldn’t be doing it if it weren’t worth it, so hear me out.

If you’re looking for something to spice up your sex life, men’s slim-fit chastity belts are the right thing for you. Don’t let the word “chastity” scare you. Instead, think of it like control play. There’s a key holder involved, and that’s you (or whoever you trust enough). Having your penis locked might seem scary at first, but once you try it, you won’t want to stop.

I know my husband doesn’t! This chastity device provides you with the exact sensations you need, and what else? Comfort, convenience, more sex… Yes, I did say more sex — the kind of sex you’ll enjoy more than you ever have before.

What can you take away from this? Take it from me — I’m just your regular wife with a regular husband who wanted to have better sex. Or more exciting sex, at least; however you want to think about it. If your spouse or partner is submissive, try playing some control games. A fantastic start would be to involve some gadgets.

This investment and change of lifestyle is something unforgettable — at least it was for us. But even if you happen not to like it, you can always go back. You can put an end to everything whenever you wish. These things don’t last forever (unless both people involved want them to). In the end, control is still in your hands.

People might indeed judge you or say that you don’t know what you’re doing, but don’t listen to them. Your incredibly spicy sex life is none of their business! 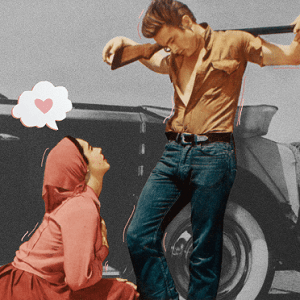 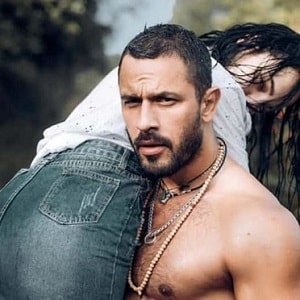 How to Be an Alpha Male