We all know that bad boys are cool. They have their leather jackets, don’t care about what the society thinks, and always do what they believe is right. At least that’s what we saw in the movies.

Over the years, it became almost an unwritten rule that women love dating bad boys. Is this true, or is it a myth? And if it is true, why do they do it? Here, we will try to figure out what makes bad boys so attractive.

What Are the Characteristics of a Bad Boy?

Before we go in-depth about why women like bad boys, we should see what they are. Many people believe that bad boys are men with hypermasculinity. They ooze testosterone, which results in boldness, and people often connect it to exaggerated sex drive. We have seen these examples in movies throughout the years, and they are often the exact opposite of the nice guy.

Being a bad boy doesn’t mean that you are a terrible person. But, these men often show a couple of negative traits that would otherwise be a red flag for everyone. For example, most of them are narcissistic and often exploit others. They usually have a temper, and it’s not rare to see a bad boy with impulsive behavior.

However, that doesn’t mean that all of them are bad. Some just don’t conform to standards that are “approved” and accepted in our society. Besides owning a leather jacket and a bike, their main trait is being a rogue and not following the rules. In films, we often see a person that’s considered to be “cool” breaking the law, until they meet a good girl that shows their heart of gold. In reality, bad boys often remind us of psychopathic behavior, and we believe they enjoy having affairs.

Some women like men like this for a simple reason. They are looking to express themselves or their childhood self through this dating “project.” Women feel rebellious as well, but society often represses them. Many people teach girls that they should be agreeable and compliant. If they don’t go through the rebellious phase (if they have one), they might want to find it elsewhere. The main problem for many is the inability to express themselves, and liking bad boys is for them a way of showing their inner rebel.

All of us love characteristics we wish we had. Women enjoy seeing the level of freedom and carelessness of these lads, and it might inspire them to act the same. Of course, most people will simply ignore the fact that bad boys are rarely good companions, especially long-term relationships. They aren’t someone you can count on, and dating a bad boy will often lead to a messy breakup.

Dating Bad Boys Is a Sin

The fact that something is considered a sin, taboo, or forbidden makes us want it even more. And having a relationship with a bad boy is no different. Girls are repeatedly told that they shouldn’t date dangerous men, which makes it more exciting.

But that doesn’t have to mean that the whole relationship will be a train wreck. Some women enjoy having short-term relationships and trying something new and different. Dating a bad boy can be a breath of fresh air and be a welcome change if your dating life has gone stale.

A relationship like this can be explosive and filled with sexual adventures. However, the main drawback is having your feelings hurt or doing something you’ll regret later. For all women looking for an adventure, this might be a perfect opportunity. Dating a bad boy is something that people keep warning you about, and you might want to see what makes them so dangerous and wild.

Women Are Psychologically Attracted to Masculinity

There is no secret that many women love masculine men. That’s why gyms exist and why many people keep training. It’s all a part of evolution. When someone has a healthy body, that usually means that they have good genes as well. It is in our nature to seek a perfect mating partner, and there is nothing wrong with that. Saying something like “I like bad boys” is perfectly normal.

But that doesn’t mean that you shouldn’t proceed with caution. Women often believe that these men will protect them and provide some form of security. But the reality is often disappointing. Bad boys disregard social norms and rules. While it might look like a good idea to have someone in your life who will protect you from the harsh world, in reality, they can do quite the opposite.

Bad boys are often the primary reason for all insecurity, fear, threats, hostility, and aggression. Naturally, that doesn’t apply to every single masculine man, and some of them are great people.

Many women make a mistake believing that they can fix bad boys. They see from the beginning that there is something wrong with them, that they are reckless or dangerous. There are many movies out there where a nerdy girl shows up and fixes the guy through the power of love. That is why many see these relationships almost as their pet project. They believe that their job is to make everything right and save the person from themselves.

But your job isn’t to fix anyone. It is not your duty. While it might seem like a noble thing to do, it will usually backfire. People are acting in a certain manner for a reason. It is a part of their personality and who they are. And bad boys enjoy being bad.

That’s the reality of it. It will be nearly impossible to make a noticeable change without hurting yourself in the process. And the reason is simple. Namely, bad boys won’t allow someone else’s beliefs and interference to affect them even if the change is for the better.

Naturally, it would be wrong to assume that all women like the same thing. Each person is different, and everyone has unique tastes and preferences. Saying that all women like bad boys would be incorrect. However, many like the feeling of excitement and danger that comes with dating them.

Women don’t always fall for bad guys, and that’s the truth. Some might do, but that is not a rule you can apply to everyone. And if someone does fall for a bad guy, that doesn’t mean that they made bad choices and that they are doomed for life. It just shows how they are attracted to confidence and a certain level of optimism, believing that they can change a person and make it work.

Top 10 Lifestyle Tips for Men To Be Healthy 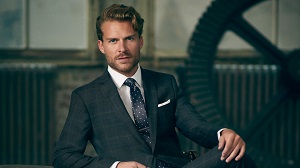 The Newbie’s Survival Guide to Dressing Up for Social Events